1. Background
In civil litigation, party-and-party costs play the important role of allocating the legal costs of the proceedings between the parties to the suit. When the court makes an order for party-and-party costs, one litigant is required to pay a certain amount to the other litigant. Party-and-party costs are different from solicitor-client costs, which are the fees payable by each litigant to their respective lawyers for services rendered over the course of the litigation.

In Singapore, like many other jurisdictions,[1] costs are shifted between the parties based on a “loser pays” rule by default – the unsuccessful party is ordered to pay an amount to cover the lawyers’ fees incurred by the successful party. Since this rule allocates legal costs between the parties based on the outcome of the case, it is described in Singapore as “costs following the event”.[2] However, although costs normally follow the event, it is almost always the case that the successful party does not fully recover all of his legal costs from the unsuccessful party. Thus, party-and-party costs are described as only a partial indemnity from successful litigants.

Nevertheless, the concept of full recovery recently made an intriguing appearance[3] in the Civil Justice Reforms that were proposed in October 2018 (the “Reforms”), intended as part of a significant overhaul to the existing rules on costs in civil litigation.[4] However, the proposed changes on costs were eventually dropped from the Reforms, after strong opposition from members of the Bar against the introduction of cost scales that would effectively fix lawyers’ fees.[5]

What are the arguments for and against entitling the successful party to fully recover all of his legal costs from the unsuccessful party? And is it possible to achieve this ideal without introducing regulations on lawyers’ fees?

When the court decides on whether any party-and-party costs are payable, the default rule is that costs should be shifted in favour of the successful litigant. [6] While this provides some compensation for the winner, the primary rationale of cost-shifting is to increase access to justice – rightful claimants and defendants are more likely to pursue or defend their rights in court if they know that their legal costs will eventually be defrayed by their unmeritorious adversaries. However, this does not mean that the successful party has an inherent right to recover his legal costs from the unsuccessful party. The decision to award party-and-party costs ultimately lies with the judge, who may find that costs should not follow the event because, for example, the successful plaintiff had grossly overstated her claim, or the successful defendant’s conduct in the proceedings had caused unnecessary litigation and expense to be incurred.[7]

If party-and-party costs are payable, the court must then quantify the amount of such costs to be ordered. Here, a recoverability gap almost always exists because the law only aims to compensate the successful party for costs reasonably incurred, not all costs incurred.[8] As between the parties, this ameliorates the burden placed on the unsuccessful party. More importantly, the law recognises that cost-shifting may deter potential litigants who, being more risk-averse or impecunious, are unwilling to take on the worst-case possibility of losing the case and having to pay two sets of costs.[9] Thus, the recoverability gap also assures potential litigants that their maximum exposure in litigation will be limited to reasonable costs.[10]

In short, party-and-party costs are designed to strike a fine balance between three sets of interests: those belonging to the successful party, the unsuccessful party and potential litigants.[11]

However, this balancing act comes at a significant price, particularly with regard to cost, efficiency and certainty. The quantification of party-and-party costs is usually conducted through a taxation hearing[12] – not only does this cause the litigants to incur additional costs arguing over the quantification of “reasonable costs”, it also consumes the court’s resources and slows down the efficiency of managing its caseload. To be sure, the judge can choose to fix costs by himself in lieu of taxing costs, which avoids the expenses, delay and further aggravation associated with protracting litigation over taxation matters.[13] However, this may not be appropriate in some cases. Uncertainty is also another drawback of taxing costs. The standard basis of taxation is the recovery of a reasonable amount in respect of all costs reasonably incurred by the successful party.[14] The taxing registrar faces the difficult task of considering retrospectively whether certain costs were “reasonable and necessary for the disposal of the matter”, or “proportionately incurred” in relation to the amount claimed in the suit.[15]

3. Full Recovery of Party-and-Party Costs under the Civil Justice Reforms?

Under the proposed Reforms, legal fees are prescribed according to a scale which depends on the quantum of the claim. This means that the amount in legal costs that the losing party will have to bear is effectively pre-set. Provided that the litigant and his lawyer do not opt out of this default scheme, the litigant is assured that he would recover all of his legal costs as party-and-party costs if he prevails in the suit. Likewise, he has certainty regarding the amount he would have to pay to his opponent if he loses. A recoverability gap would only exist where the litigant opts out of the scaled-fees regime for example if he insists upon engaging prominent or senior counsel for the dispute.

By proposing these changes, the Reforms purport to simply “reemphasise” the principle that solicitor-client costs should generally be equal to party-and-party costs.[16] However, the reality is that this only holds true to the extent that the solicitor-client costs were incurred reasonably – this is an important qualifier that must receive equal reemphasis because full recovery of legal costs under the existing regime has always been by far the exception, not the norm.

Nevertheless, the core philosophy of party-and-party costs in civil litigation remains unchanged even under the Reforms: that costs are only shifted to the extent that the litigants have behaved reasonably in the proceedings. Only successful litigants who have conducted themselves reasonably in the course of the litigation should be entitled to full reimbursement of their legal costs.[17]

What has changed, however, is the method by which such reasonableness is determined. Rather than leaving the judges to engage in the difficult exercise of determining ex post what amount of costs were reasonably incurred, the legislature prescribes cost tariffs that represent ex ante its notion of a reasonable amount of legal costs based on the quantum of the amount claimed. It is only under these circumstances – that is, the implementation of fixed legal fees according to a scale – that full recovery could potentially become the new norm for party-and-party costs.

4. Arguments For and Against

While cost-shifting may be a widely-applied principle, no jurisdiction shifts costs fully in favour of the successful party without any recoverability gap.[18] The Singapore courts have commented on the difficulties of such a practice, such as “the deterrence of risk-averse litigants with meritorious claims from instituting legal proceedings”.[19] Indeed, there has been some evidence of such deterrent effect in the European Union.[20]

The introduction of scaled-fees is one way to overcome this concern. But it comes with problems of its own. A key reason for the pushback from legal practitioners was the perception that the scaled-fees proposed were too low and out of touch with commercial reality. Another criticism is that such a proposal is one-dimensional in focussing only on the quantum of the claim, ignoring the complexity of the matter or specialised knowledge required.

In addition, this effectively goes against free-market principles, reducing lawyers and legal services to scalable commodities. A litigant who opts out of the scaled-fees regime because he wishes to engage a lawyer of his choice is assured that he will be out of pocket for legal fees, even if he wins. It is still unclear how many litigants will be willing to take this step. Lawyers will also have to find new ways to distinguish themselves. If most lawyers cost the same, what would be the incentive for the litigant to prefer one over the other, and how should that lawyer be recognised or rewarded for his particular skill over his contemporaries?

On the other hand, it is often argued that a litigant who has acted reasonably in his conduct of litigation should not have to be out of pocket for legal fees. But at the same time, should a litigant be “penalised” in having to bear the costs of his opponent choosing to engage more expensive counsel?

If scaled fees are the only way to achieve this balance, then the practical question of how to quantify these fees is a potentially insurmountable obstacle to eliminating the recoverability gap. It remains to be seen if any other solutions can be offered.

The failed introduction of scaled-fees in the Reforms has shown that eliminating the recoverability gap is not necessarily regarded as a common ideal, at least if this has to be coupled with such a blunt means as quantifying legal fees at the outset. Is there, necessarily, anything wrong with the existing costs regime as it stands? 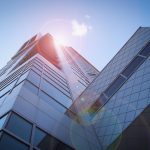